Marking the 30th anniversary of the Hubble Space Telescope’s launch on 24 April 1990, NASA and the European Space Agency released a spectacular photo of a vast star-forming region in the Large Magellanic Cloud some 163,000 light years from Earth. The centrepiece of the upper, reddish nebula (NGC 2014) is a group of massive stars that generate powerful solar winds sculpting the surrounding material while intense ultraviolet radiation heats dense clouds of gas. The blue nebula (NGC 2020) was formed by a single star 200,000 times brighter than the Sun as it blew off its outer atmosphere in a series of eruptions. The space telescope has been on its own since NASA’s fifth and final servicing mission in 2009, but mission managers say the observatory continues to operate in near flawless fashion. 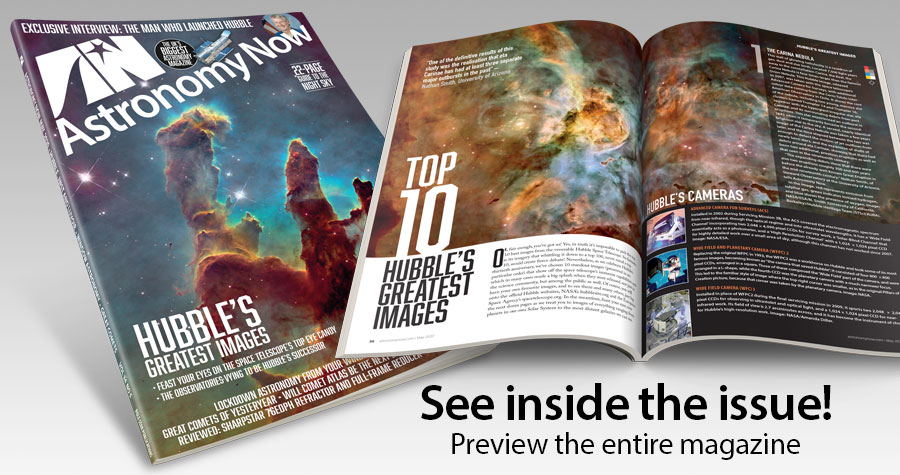 A deep look back in cosmic time courtesy of Hubble

Among the Hubble Space Telescope’s most iconic images are jaw-dropping “deep field” views of the universe, images showing thousands of galaxies strewn across time and space that illustrate the rapid evolution of the cosmos in the wake of the Big Bang birth of time and space. This “eXtreme Deep Field” view is no exception.

A massive middle-age star cluster in the Small Magellanic Cloud

Massive middle age star clusters like NGC 339 resemble more common globulars, but they are much younger and it’s not yet known how they might be related. This remarkably detailed view comes from the Hubble Space Telescope.

The Helix Nebula is a familiar target to amateur astronomers, a dim, eyepiece-filling doughnut that belies the complexity revealed by spectacular images from the Hubble Space Telescope and other sensitive instruments.