Every time Earth catches up and passes Saturn, putting the two planets at their closest – at opposition – as they circle the Sun, astronomers use the Hubble Space Telescope to check in on the ringed gas giant. This year, on 4 July, Hubble captured a spectacular view of Saturn and its rings as the planet’s northern hemisphere was being warmed by the summertime Sun. Atmospheric banding in the northern hemisphere remains pronounced, as it was in 2019, with several bands changing colour from year to year. The planet’s atmosphere, made up mostly of hydrogen and helium, along with trace amount of ammonia, methane, water vapour and hydrocarbons, has a mostly yellowish-brown hue with a reddish haze at northern latitudes. The haze may be the result of solar heating or changes in the amounts of photochemical haze. 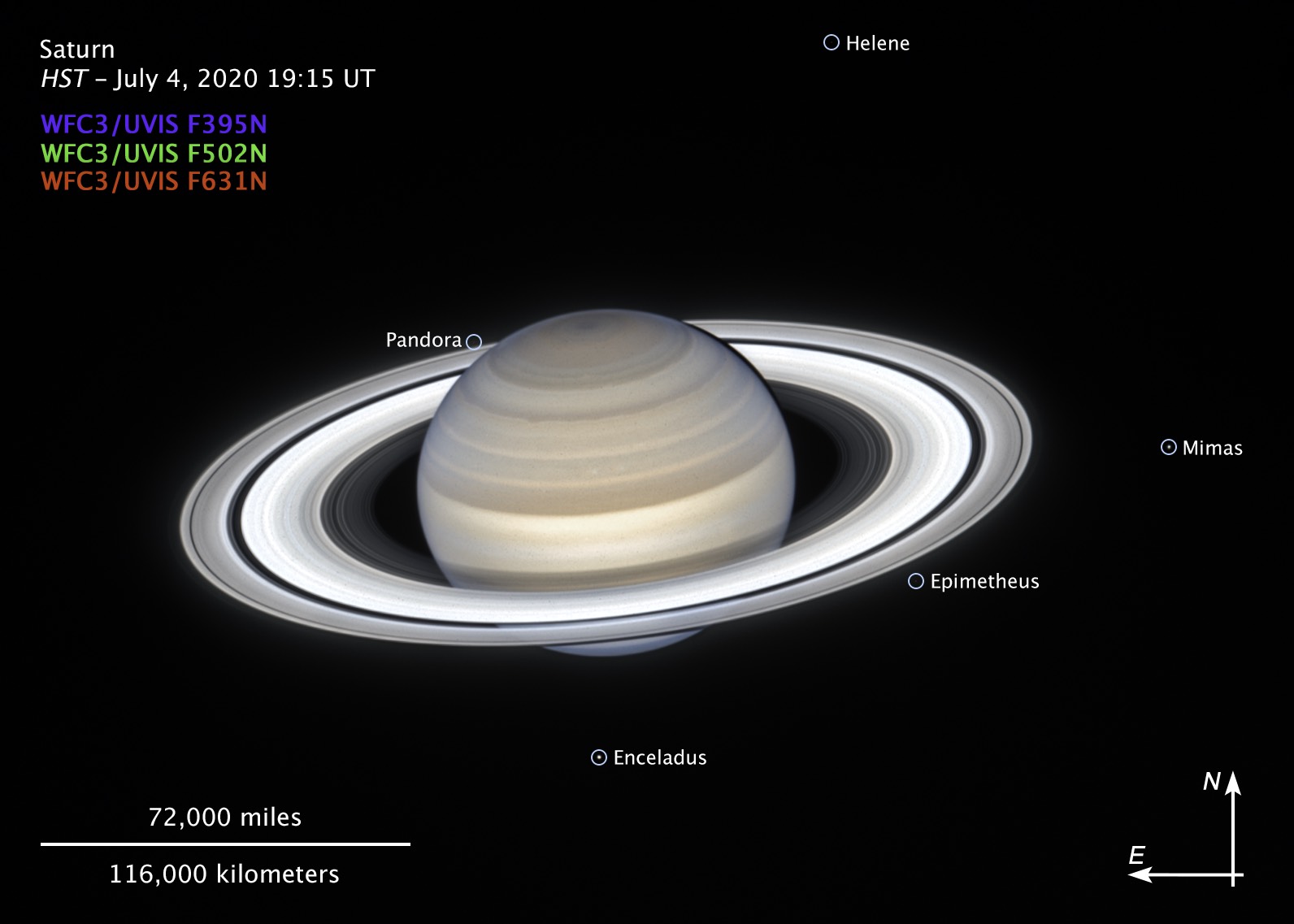 The atmosphere of the planet Saturn has a wider, more intense jet stream than all the planets in the solar system. Winds gusting at speeds of up to 1,025 miles per hour blow from west to east in the equatorial atmosphere, thirteen times the strength of the most destructive hurricane force winds that form on the Earth’s equator.

Dione: a moon of contrasts

In this image from NASA’s Cassini spacecraft, Saturn’s moon Dione reveals its past via contrasts. The features visible here are a mixture of tectonics — the bright, linear features — and impact cratering — the round features, which are spread across the entire surface.